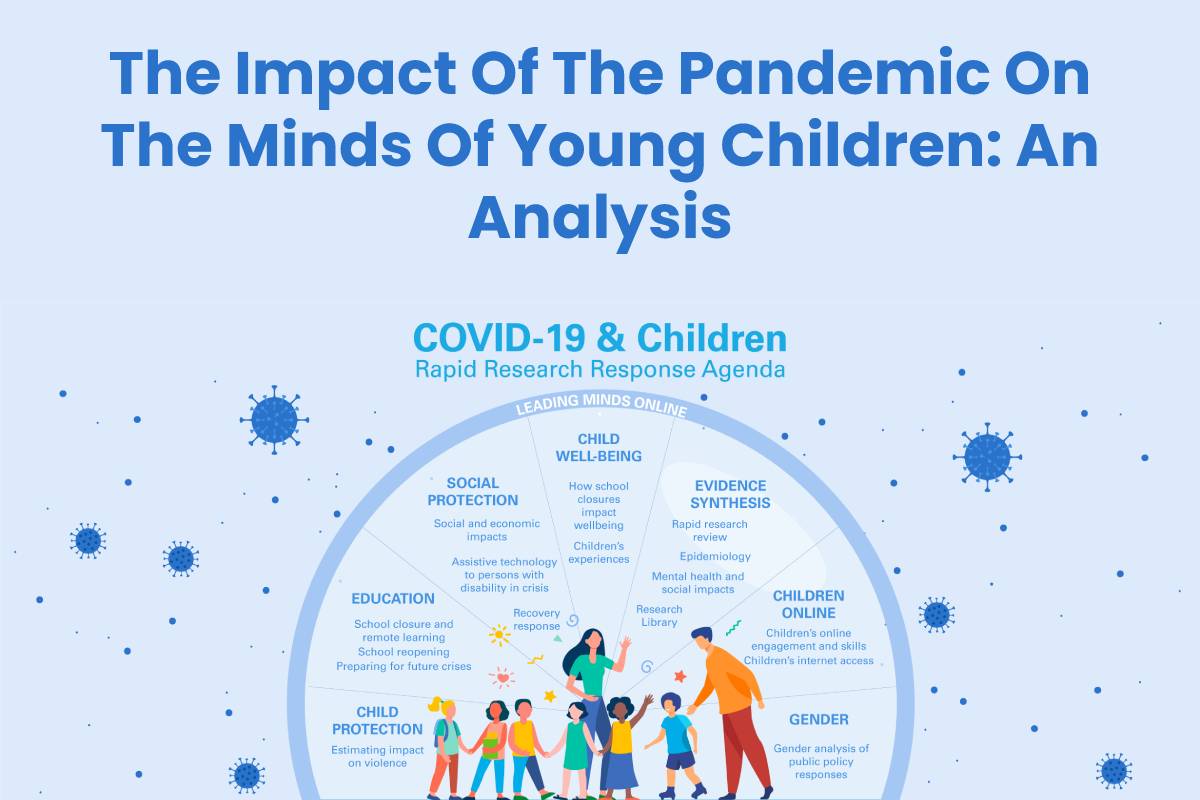 The COVID-19 pandemic had made an impact in terms of the mental health of teens and adults. However, the question that needs to be asked is what kind of impact it had on young children? This write up will provide us with an analysis that might answer this question.

If you want to find out how you can get mental health care for your child, learn more about BasePoint Academy and what they can do. Now, let’s take a look at this analysis and see how the COVID-19 pandemic may have impacted the minds of young children.

Needless to say, a child is usually happy when spending time with friends. Especially when it’s play time and they let their creativity and imagination run wild. Because of the instances of isolation, there is little to even no contact with them.

This lack of social interaction may cause a child to feel lonely. Especially when they are isolated from their friends against their own will. While this was done as a protection measure to slow the spread of COVID-19, it may have affected the social interactions of children.

They have been used to interacting with the same people on a regular basis. Yet, the lack of contact could lead them to feel lonely and unwanted. With COVID-19 concerns winding down, it may seem like that children may be catching up with their friends.

However, the interests in what they want to play may have changed. So there may be changes in patterns on how they interact with one another.

The ‘Bunker Babies’ And COVID-19

Children that were born just a few years prior and in the years since COVID-19 pandemic became known as ‘bunker babies’. Many places had been shuttered for lengthy periods including schools and daycares. They would slowly open up again with some remaining closed until Fall 2021 when some of the concerns and restrictions were lifted.

Around this time, children ranging from newborn to age three were hunkered down at home with their parents. The parents themselves were out of work either for the time being or permanently. During this time period, young children were taught how to keep a safe distance to prevent getting sick. Some of them were even learning about the restrictions that took place. Unfortunately, one thing that has happened is that young children around this age range were limited to socially interacting with family only.

Thus, the social interactions between people outside of home were limited to non-existent. For this reason, children may become nervous or even refuse to socially interact with other people including their fellow classmates (or daycare attendees). This, of course, may have been based out of fear of unfamiliarity.

It remains to be seen what the long-term consequences will be. Some experts may point out that children experiencing the shutdown may be facing several challenges. This may include but not limit to their academic performance, childhood development, and overall mental health.

Some have stated that families that have already struggled before the pandemic saw their situation get worse. On top of that, many worry about other ongoing issues such as the loss of a job or loved ones, being isolated from other people, and so on.

However, children ages two or under may see little to no impact in terms of their social interactions. The reason for this is that their need for interaction is already satisfied via their parents and other family members. At this point in their lives, they will not have not met other people outside of that.

One psychological expert says that children don’t usually play with other children until they’re at least two years of age. Therefore, the specific focus is on the children ranging from two to five years old. This is at this age where they begin to play with others, use their creativity and imagination, and will often want to spend time with friends.

Schools need to be more prepared than ever

Teachers are aware that with the pandemic winding down, there will be greater challenges. Specifically, they are aware that the interaction between one child and another will be an issue. Because they may have never sat next to another child outside of their family.

They also know that they may not have learned how to write with certain tools in their hand. In terms of what a child is normally used to by a certain age, teachers are also aware that most children in the COVID-19 era may not have reached that point. There are concerns that incoming kindergarten classes may not have the skills they need as they may have fallen behind in such development.

For this reason, experts are concerned that a child that doesn’t have the skills they need by first grade may face potential academic issues later on. Kindergarten teachers may find themselves increasing their usual workload in helping children develop those skills they need before they move on to the first grade and beyond.

For the most part, children will be fine since their brains will make it easy to adapt to things.

The pandemic appears to be winding down. It has made some impact on the minds of young children. However, there seems to be a positive for them to develop a healthy mind despite many being part of the ‘bunker babies’ era.

There are still challenges that will exist. Some children may face adverse effects stemming from being isolated. Some may even fall behind in developmental issues. But resources will likely be available to help a child develop the skills they need so they can be caught up and be able to perform academically while maintaining a healthy social life with others.

The Five Best Nutrition Lessons You Need To Know

5 Vaping Facts You Need To Know

Are Drugs Rehab Program Worth it?