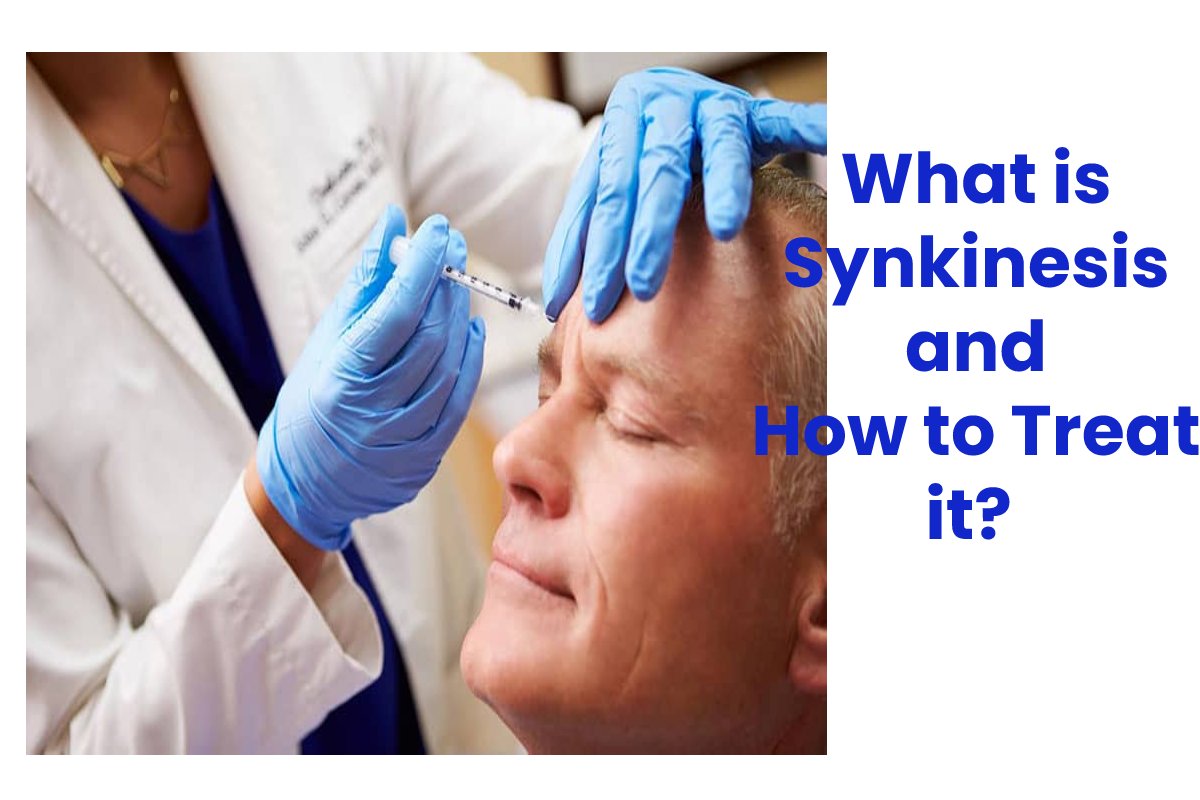 What is Synkinesis and How to Treat it?

Synkinesis is derived from the Greek words syn, meaning “together,” and Kineo, meaning “move.” It is defined as the involuntary mirror movement of two or more body parts. Synkinesis can involve almost any movement that you do with your body.

The following article will guide you in understanding more about this medical condition.

The most common form of this condition is lateral gaze palsy (LGP). Involuntary adduction (drawing together) of both eyes when one eye is covered by rotating the head toward that side.

Lateral may also be referred to as horizontal nystagmus because it affects horizontal eye movements instead of vertical ones. Thus, this condition would be characterized by rotary nystagmus rather than pendular nystagmus.

Other forms of synkinesis include:

According to studies, mouth-corner-synkinesis is most common in brow lift and eye movements, whereas eye condition is related to mouth movements.

The cause is unknown, but it is believed to result from damage to the nervous system.

It can be caused by a head injury, a stroke, or a neurodegenerative disease such as Parkinson’s disease or multiple sclerosis. It can also occur after surgery on the brain or spinal cord.

Synkinesis usually develops shortly after the initial injury or surgery, but it can occasionally develop years later.

In some mild medical cases, it may even resolve spontaneously. The condition can sometimes be treated with medication, but the medications used have not been specifically approved for the treatment.

What are the Treatment Options for Synkinesis?

The cause of Synkinesis is unknown, but it is believed to result from damage to the nervous system.

The problem can be caused by a head injury, a stroke, or a neurodegenerative disease such as Parkinson’s disease or multiple sclerosis. It can also occur after surgery on the brain or spinal cord.

It can sometimes be treated with medication, although the medications used have not been specifically approved for the treatment, and their side effects must be considered as well.

The mainstay of treatment is physical therapy which helps to gradually retrain the brain to control movement without mirroring or compensating movements.

A few different medications have been used to help treat synkinesis, but there is no one specific medication that has been proven to be effective.

Some medications that have been used include:

Physical therapy is the primary treatment for synkinesis and can help to improve movement and function.

Physical therapy may include:

If nothing works, surgery is the last resort. Surgery remains usually only considered if the Synkinesis is severe and doesn’t respond to any medications or physical therapy.

This surgery aims to improve function and quality of life by decreasing or eliminating abnormal movements.

Doctors use a few different surgical procedures, but the most common procedure is called deep brain stimulation (DBS). In this procedure, electrodes are implanted into the brain to stimulate specific areas. This procedure is effective in reducing abnormal movements in some people with Synkinesis.

A personalized treatment that works in the patient’s favor is called selective neurolysis.

The drugs are injected through a small needle into the nerves, causing abnormal movements to block them. The typical effect is improvement in one or more of the three types of movement abnormalities involved in Synkinesis, including:

Patients find it relieving when they can finally reach certain parts of their bodies that have been frozen for quite some time due to constant spasms and involuntary movement patterns.

Synkinesis can often be frustrating and disabling for those who suffer from it. However, with the proper treatment, many people can improve their movement and function.

Why Are More People Getting Facial Rejuvenation?