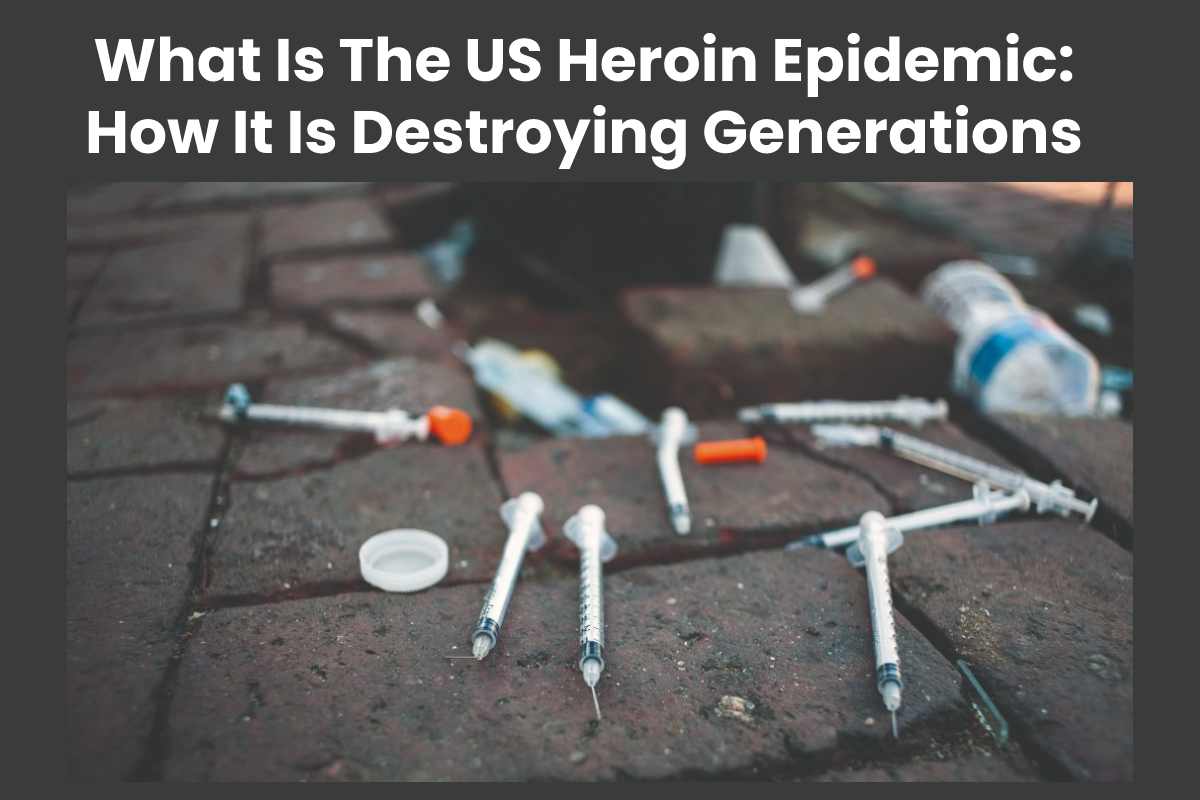 What Is The US Heroin Epidemic: How It Is Destroying Generations

The US heroin epidemic has been ongoing for years. One of the most unfortunate events happening right now is the increasing number of overdose related deaths. If nothing changes, those numbers will start to climb even higher.

This guide will explain what the US heroin epidemic is, how it started, and how it’s destroying generations. If you or someone you know may be dealing with a heroin addiction, Absolute Awakenings can help. Visit their website here at https://absoluteawakenings.com/.

Let’s continue on with our discussion about the US heroin epidemic.

How did the US heroin epidemic start?

It’s believed that the heroin epidemic may have begun in the late 1990s. Reports state that an increase in prescription opioids began starting in 1999. The first wave of the epidemic lasted a decade before another started in 2010.

From there on, the number of heroin deaths had increased. Those who started off with prescription painkillers would find heroin to be more potent than the opioid-based prescription drugs. From 2019 to 2020, the increase of deaths associated with drug overdoses has increased to 30 percent.

Of these deaths, three-quarters of them involved opioids. Not to be outdone, opioid-related deaths had increased during this same time period by around 40 percent. Surprisingly, the heroin deaths had decreased by 7 percent while synthetic opioids had increased by nearly 60 percent.

It would finally outnumber commonly prescribed opioids around 2017 to 2019. However, the presence of more synthetic opioids began to appear and a sharp increase in overdose deaths began starting in 2013.

Despite a decline starting in 2020, heroin overdose deaths are still higher than they were in the last decade.

What’s being done to combat the heroin epidemic?

The heroin epidemic continues and there are plans that are in place to combat it. The CDC is working with all levels of government from municipal to federal in an effort to stop the rapid growth of heroin overdoses (and also other opioid overdoses as well).

One of the ways it’s being combatted is investigating why heroin deaths have been increasing. Meanwhile, the CDC is also working with healthcare and insurance providers to ensure that opioid prescribing is done in a proper manner rather than being given to patients who intend to abuse it.

Public safety officials and communities are also working together to increase awareness and bring a stop to the growing heroin and overall opioid problem. It takes the right kind of people to work together to ensure that heroin does not end up in their streets and their neighborhoods.

Awareness is one thing. But providing the resources to stop the heroin epidemic from spreading can be a challenge. Local law enforcement must work with other state and federal agencies to stop the distribution of heroin.

They are investigating points of origins of where the drugs may be coming from. This also includes who the dealers are, the big name players, and more. There are also those who are being punished for dealing heroin to a person that would eventually die from an overdose.

Already, the heroin and opioid crisis has been considered a public health crisis. It will stay this way until solutions are executed to decrease heroin and opioid deaths and make sure that such drugs don’t fall into the wrong hands.

Why do people use heroin?

At the outset, people who have used heroin had already used opioid-based drugs. For most, these drugs were legitimately prescribed to them from the beginning to combat chronic pain. Over time, they tend to increase the dosage without the prior approval of a doctor.

It will get to the point where their initial healthcare provider will deny them a refill once they notice something is amiss. From there, a patient will be ‘doctor shopping’ in hopes to find someone who can prescribe them more of the same prescription opioids.

They can be desperate to the point where they may take illegal measures to get to it. This includes but is not limited to stealing such prescription drugs from friends or family. They may illegally purchase it from a dealer.

Otherwise, they may be looking for something that is not only stronger in terms of potency, but affordable. Because it’s affordable, it’s widely accessible. This may explain why the heroin epidemic is sweeping the country.

The more widely accessible the drug is (due to price and supply), the more people will get their hands on it. Unfortunately, this can also lead to an increased number of heroin related deaths. However, the deadly combination of heroin and fentanyl have become common.

If that isn’t one of the scariest revelations about this opioid crisis, we don’t know what is. It’s imperative that we fight harder to ensure heroin and other opioids are less than accessible. Especially if it’s laced with synthetic drugs like fentanyl (which may also show up in other drugs as well).

The US heroin epidemic may not be showing any signs of slowing down soon. Even with the heroin deaths decreasing slightly, it’s far from over. However, law enforcement and communities must band together in an effort to grind the distribution of heroin to a halt.

Its easy accessibility has fueled the problem along with more people abusing prescription opioids from the beginning. It’s important to also regulate and make stringent rules on how prescription opioids are distributed. The heroin epidemic could come to an end in our lifetime – but when exactly is the real question.

What Should You Know About Facial Plastic Surgery?

Are Your Elderly Parents Suffering From Addiction? Here Are The Signs

Precision Medicine: How Effective Against Cancer?